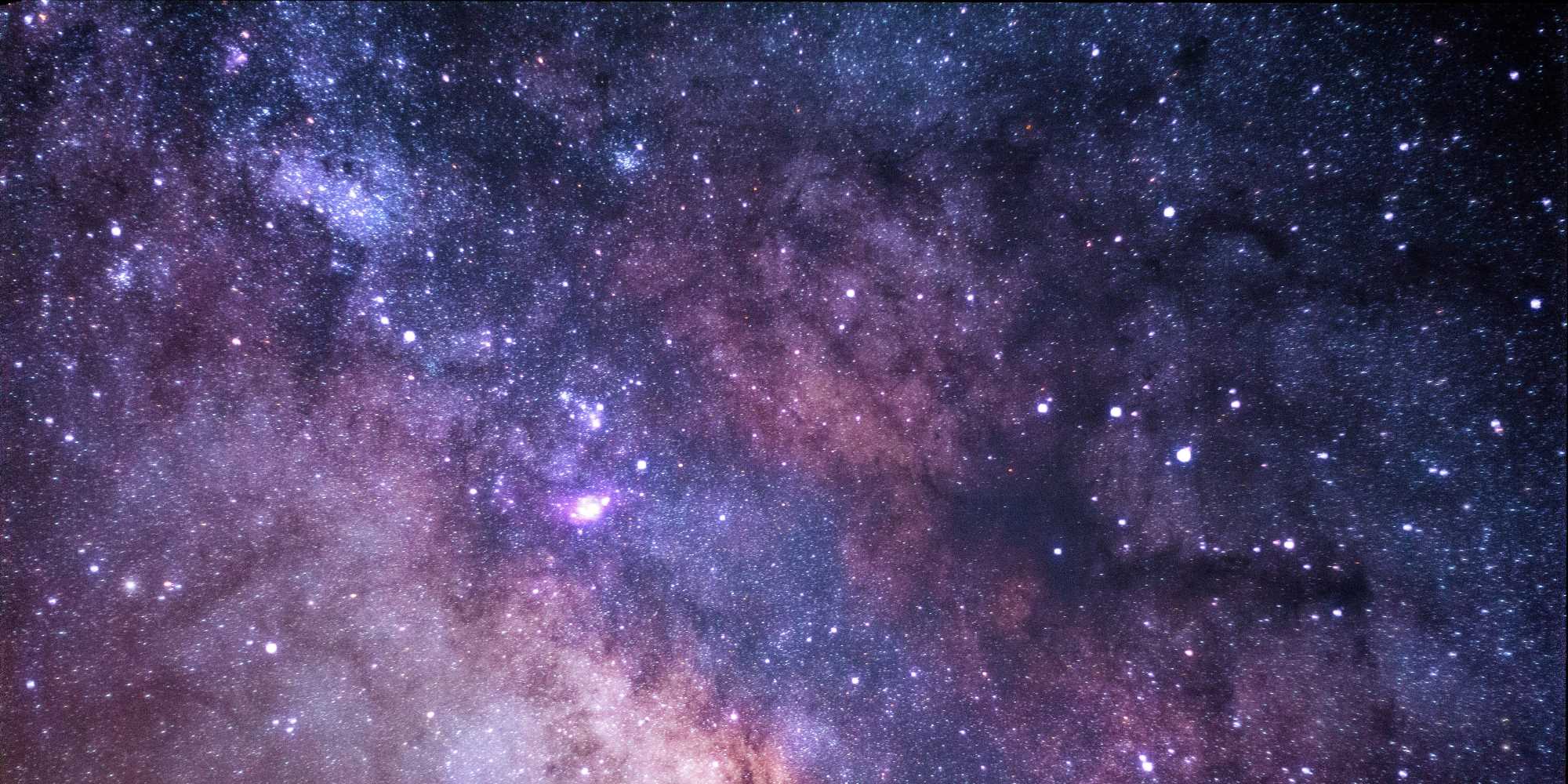 Are you looking for deep questions to ask your boyfriend to start a serious discussion? Then look no further as we have the largest collection of ready-to-use examples.

Just select questions you like the most in advance as you will have to work these into your normal discussion. If you start asking these unnaturally (one by another) you may make him feel awkward instead.

Deep Questions About Your Relationship

1. “What’s one thing you hope happens in the future of our relationship?”

2. “What frightens you most when it comes to loving me?”

6. “How much have we changed since our first date?”

7. “What’s one thing you think makes our relationship unique from everyone else’s?”

8. “What about us do you think works well together? How do we balance each other out?”

9. “What’s your biggest fear for this relationship?”

10. “Do you think past matters in our relationship?”

11. “What’s one difference between us that you absolutely love?”

13. “What do you think was your most vulnerable moment in our relationship?”

14. “If you could change one thing about our relationship what would it be?”

15. “What’s one thing about your life you would never change for someone else, including me?”

16. “How important do you think sex is in a relationship?”

17. “What are three key elements in a successful relationship?”

18. “If we had children, what features would you want them to get from you and which from me?”

19. “If we had kids, what would be your biggest hope and biggest fear for them?”

20. “Do you think your significant other can be both your best friend and your lover?”

21. “Do you think children are more of a blessing or a burden?”

22. “If I was giving birth to our child and complications arose that meant only one of us would make it, who would you save?”

23. “If I went missing, my body never recovered, would you move on or devote your life to looking for me? If you did move on, how long would you wait?”

25. “If one of your friends or family members told you to break up with me because he/she didn’t like me, would you?”

Serious Questions To Make Him Think

2. “What’s the most important value you would teach a young person?”

4. “What’s the best lesson you learned from your parents?”

5. “Where do you think happiness comes from?”

7. “If you could be given the date of your death, would you want to know?”

8. “Do you believe that there is more to reality than what we see with our eyes?”

9. “Do you think religion has been bad or good for the world?”

11. “Do you think that the universe is ultimately meaningless? Or does it have a purpose?”

12. “If you could eradicate pain from your life, would you?”

13. “Do you think anything happens after death?”

15. “Do you think your dreams have any deeper meaning?”

16. “What’s the most unsettling thing about life?”

18. “Do you think it’s important to be a nice person to everyone, or only to your close ones?”

19. “Do you think its mind over matter? Or matter over mind?”

23. “Why have apocalyptic games, movies, shows, and books become so popular in the past few years? What does it say about our culture or society?”

24. “What do we do now that will be looked at as primitive and backwards in 100 years?”

25. “Who single-handedly changed the course of the entire human race?”

26. “Why do some people stay in relationships that they know are toxic?”

27. “What human trait is useful now but would have been disadvantageous in the past?”

28. “Do you think humans will survive long enough to evolve into something different or will we make ourselves extinct before we have the chance to?”

29. “Who should be responsible for taking care of the elderly, the government, their families, or the elderly themselves?”

30. “Is poverty an inevitable byproduct of human society?”

31. “Is human consciousness just electrons flowing through neurons, or is it something beyond the physical?”

32. “Do you think morality exists in nature or is it a human construct?”

33. “If we could screen babies for psychopathic or sociopathic tendencies, should we? What should we do with the babies that are likely become psychopaths?”

34. “Does income inequality need to be fixed? If not, why? If so, what effective and practical methods can be used to fix the income gap?”

37. “What is the most worthwhile goal a person can dedicate their life to?”

38. “What is it according to you, which can be called the essence of being human?”

39. “Why do you think the divorce rate is so high nowadays?”

40. “What do you think is the best way to earn another person’s respect?”

41. “Will humans spread out among the stars or just be a brief blip in Earth’s history?”

42. “Do you think that war is inevitable or can it be ended completely?”

43. “What do you think is the biggest flaw of the welfare system?”

44. “What has had the biggest impact on your political beliefs?”

45. “What is the honor, and does it even matter anymore?”

46. “What invention do you think has done the most for the human race?”

49. “If science makes it possible to predict which people will be more likely to commit crimes, should the highest risk individuals be jailed or killed before they can commit crimes?”

50. “What are some examples of outside behaviors that are symptoms of inner emotional scars?”

51. “Why does society place such a high value on beauty when it serves no functional purpose?”

53. “What are the most common roadblocks that stop people from achieving their dreams?”

54. “If you knew that in one year you would die suddenly, would you change anything about the way you are now living? Why?”

55. “Why is depression so stigmatized in society?”

56. “Do you believe everything happens for a reason, or do we just find reasons after things happen?”

58. “If you found out your current life has been just a dream, would you choose to wake up?” [You don’t know if your real life would be better or worse.]

59. “What acts of kindness do you think would create the most change around the world?”

60. “What is most likely to bring about the extinction of the human race?”

61. “Why do people do things that they know hurts themselves and those around them?”

62. “If you died tonight, is there anything you’d regret not having told someone?”

63. “What stops people from understanding themselves?”

65. “Standing at the gates of heaven, and God asks you “Why should I let you in?” What do you reply?”

67. “If everyone’s lives were judged as to whether they had made a net positive or a net negative impact on humanity, how would you be judged?”

68. “What is something that never ends well?”

69. “What one thing could a government realistically do to most improve the lives of its citizens?”

70. “Do you believe there is good in everyone?”

71. “If a machine could exactly duplicate your mind right down to the same pattern of synapses firing, would it be you? Could it predict how you would react in every situation? Why or why not?”

73. “What are three occupations that machines will soon replace?”

74. “Can a positive outlook make any situation better?”

75. “Will technology be humanity’s salvation, downfall, or neither? Why?”

76. “Would you rather end all wars or world hunger?”

77. “If you could watch everything that happened in your life until now, would you enjoy it?”

Deep Questions To Know Him Better

1. “What obstacles are you currently trying to overcome?”

2. “When was the last time you really pushed yourself to your physical limits?”

3. “What is the one rule you have for yourself that you will never break?”

4. “How have your priorities changed over time?”

5. “Would you be willing to break the law to save your family member?”

6. “What are you most grateful for in your life?”

7. “What is the hardest lesson you had to learn in life?”

8. “What’s something you believe to be true that no one else around you believes is true?”

9. “When do you feel most alive? Tell me everything about it.”

10. “What do you choose to ignore because it’s too difficult to bare?”

11. “Do you think your childhood was happier than others?”

12. “If you could change anything about the way you were raised, what would it be?”

13. “In your life, what has been the biggest blessing in disguise?”

15. “How do you apply the learning from your past mistakes to your actions today?”

16. “When is it necessary to take the law into your hands?”

17. “How do you find the strength to do what you know in your heart is right?”

18. “Is there something you stopped doing, even though you love it?”

19. “Is there something that you’ve dreamt of doing for a long time? Why haven’t you done it?”

20. “If you could write a note to your younger self, what would you say in only three words?”

25. “What’s the biggest difference between you and your family?”

26. “What bridges are you happy you burned?”

27. “What about yourself do you find the most pride in?”

28. “Would you sacrifice your life for someone else’s?”

29. “If your home was on fire and you only had time to grab three things, what would they be?”

31. “What single event has had the biggest impact on who you are?”

32. “What is some things in life you had to learn the hard way?”

33. “When was the last time you tried something new?”

34. “What are three moral rules you will never break?”

35. “What would you do differently if you knew that no one was judging you?”

36. “If a family member needed a kidney and you were the only match, would you give one up?”

37. “If you could go back in time to give a single advice to your younger self, what would you say?”

38. “Do you believe in fate? Or are we the controllers of our destiny?”

39. “If you could have complete knowledge of any five topics, what would you want to know?”

40. “What has been your hardest thing to cope with in life?”

41. “What’s the most memorable lesson you’ve ever learned?”

43. “What would you change about your life if you knew you would never die?”

46. “What is a tradition you did with your family that you want to continue on with your kids?”

49. “What’s something you try to avoid in life actively?”

52. “If you were told you have a terminal illness, what would be three things you’d want to do?”

54. “If you were told you have a terminal illness, how would you take the news?”

55. “If you only had a week left to live, what are some things you would do?”

56. “Would you sacrifice yourself for a stranger?”

57. “If you lost everything tomorrow, whose arms would you run into to make everything ok?”

Don’t forget to visit our extensive collection of posts providing hundreds of questions you can ask right away.

240+ Questions to Ask a Girl to Get to Know Her

128+ Dirty Never Have I Ever Questions 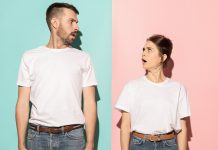 171+ Freaky Questions to Ask a Girl